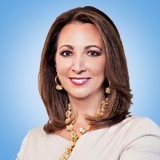 She has more than 25 years´ experience in the banking industry on 6 European markets and both Americas.

Ms. Elżbieta Światopełk-Czetwertyńska joined Citibank in July 1994 in Ecuador as Relationship Manger in the Corporate Bank. During 1999-2003, she worked in the Dominican Republic as the Head of Transaction Services, Asset Based Finance and the small and medium enterprises client segment. Later, she moved to the United States for one year, to work in audit area overseeing corporate loans in Latin America.

In 2004, Ms. Elżbieta Światopełk-Czetwertyńska joined Bank Handlowy w Warszawie S.A. in Risk Management and in 2005 was appointed Senior Credit Officer. After three years, Elzbieta took the responsibility for the Central-East Region in Poland. In October 2009, she was appointed country Head for the Commercial Bank and she held this position until 2013, when she moved to Colombia. In Colombia Ms. Elżbieta Światopełk-Czetwertyńska was responsible for running the Treasury and Trade Solutions business, where she successfully developed and executed a dynamic growth strategy. As part of the Senior Management Team of Colombia and the Latam Treasury and Trade Solutions Executive Committee, Ms. Elżbieta Światopełk-Czetwertyńska was involved in shaping the strategy of the franchise and the TTS business in the Region. 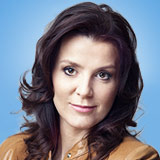 Ms. Natalia Bożek has been the Vice President of the Management Board of Bank Handlowy w Warszawie S.A. since March 21, 2018.

Ms. Natalia Bożek has extensive experience in the area of banking and finance.

In September 2017 she returned to Bank Handlowy w Warszawie S.A. as Director for Financial Planning Process Coordination and Strategic Projects supporting CFO of the Bank.

In the years 2014-2017 Ms. Natalia Bożek pursued her career within Citi Group in the Polish branch of Citibank Europe PLC as Financial Planning and Analysis Head for Europe.

Ms. Natalia Bożek holds a Master’s degree from the Business and Administration University in Warsaw. 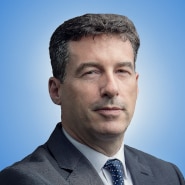 Mr. Dennis Hussey has been the Vice President of the Management Board of Bank Handlowy w Warszawie S.A. since April 1, 2020.

Mr. Dennis Hussey has extensive professional experience in the banking sector. Mr. Dennis Hussey joined Citi as a Management Associate in the United Kingdom in 1995, where he held roles in Corporate and Investment Banking before moving internationally. He went on to hold senior roles across the Consumer, Corporate and Commercial Banking businesses, including Corporate Bank Head for Vietnam, Head of Corporate Finance for Thailand, CBM for Spain, and CCO for Sri Lanka and Vietnam. Between 2015 and 2018 he worked outside Citi – in ANZ (Australia and New Zealand Banking Group) as the CEO in Vietnam and the Greater Mekong Regional Head. Mr. Dennis Hussey has been the CBM in Citi Taiwan since 2018.

He satisfies the requirements referred to in Article 22aa of the Banking Law. 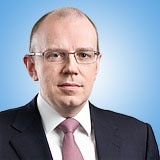 Mr. Maciej Kropidłowski has been the Vice President of the Management Board of Bank Handlowy w Warszawie S.A. since March 19, 2014.

Mr. Maciej Kropidłowski is a graduate of the University of Lodz, the Faculty of Management.

Mr. Maciej Kropidłowski has been the Financial Markets Sub-Sector Head at Bank Handlowy w Warszawie S.A. since January 2014. In February 2014 he was appointed Member of the Supervisory Board of Dom Maklerski Banku Handlowego S.A. (Brokerage House of Bank Handlowy S.A.). At Bank Handlowy w Warszawie S.A. he is responsible for Treasury operations in the area of financing of the Bank's assets, money market financial services, FX services, trading in securities and derivatives.

Mr. Maciej Kropidłowski started his career in 1995 in Citibank (Poland) S.A. in the Corporate Bank. Four years later he became an RM in the International Corporate Clients unit at Citibank N.A. in Switzerland. In 2001 he returned to Poland and joined Bank Handlowy w Warszawie S.A. as Head of Treasury Sales. In his new role he was responsible for managing the Structuring and Treasury Products Sales Unit.

In 2008 he was appointed Head of Treasury Sales for Central and Eastern Europe, Middle East and Africa at Citibank N.A. in London and he was responsible for Treasury products sales to corporate clients. He also played an important role in developing the best e-Commerce platform for corporate clients and a global CRM system for Global Markets.

He satisfies the requirements referred to in Article 22aa of the Banking Law.. 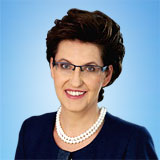 Ms. Barbara Sobala assumed the position of Vice President of the Management Board of Bank Handlowy w Warszawie S.A. on October 15, 2013.

Ms. Barbara Sobala has a university degree. She graduated from the Cracow University of Economics. She has extensive (over twenty years) experience in banking, especially in risk management and corporate restructuring.

Before joining Bank Handlowy's team, she served 13 years for Bank BPH where she held various roles including Head of the Restructuring Department Head. She was also a member of the Bank's Credit Committee. 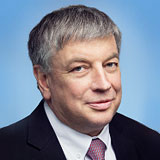 Member of the Management Board

Mr. James Foley has been the Member of the Management Board of Bank Handlowy w Warszawie S.A. since February 1, 2019.

Mr. James Foley has nearly 30 years of experience in the banking sector, and the last 13 years he has spent with Citi. Most recently he was Treasury and Trade Solutions Head in Citibank Korea (since June 2014). One of the achievements of Mr. James Foley in this position was the introduction of cross border remittances for two new internet banks in Korea, which lead to opportunities for cooperation with the banks, also opportunities across other customer segments that hadn't previously engaged with Citi.

Previously, in the years 2010-2014, he served as Treasury and Trade Solutions Head in Citibank NA Thailand Branch, and before that, in the years 2005-2010, he was Treasury and Trade Solutions Head in Citibank NA New Zealand Branch. While managing transactional banking in New Zealand and Thailand, he was responsible for all transaction services for a wide range of companies, including cash management and trading, providing customers with mobile tools for effective management of their financial positions, working capital and supply chains. Under the leadership of Mr. James Foley TTS businesses in Thailand and New Zealand reported record revenues, net income and liabilities.

Mr. James Foley started his professional career in 1990 in Westpac Banking Corporation in New Zealand where he held a variety of roles and leadership positions in Transaction Banking, including Corporate Sales and Business Development businesses.

He satisfies the requirements referred to in Article 22aa of the Banking Law. 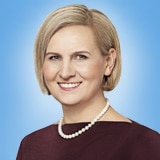 Member of the Management Board

Ms. Katarzyna Majewska has been the Member of the Management Board of Bank Handlowy w Warszawie S.A. since January 11, 2016.

From 1999 Ms. Katarzyna Majewska worked at Bank Handlowy w Warszawie S.A., where she co-founded Handlobank, and after the merger with Citibank (Polska) S.A. she was responsible for, among others, procurement processes and real estate management at Citi entities in Poland. She successfully centralized and standardized procurement processes. She participated in many international sourcing projects. Poland was the first country in Citi’s structure where she implemented a modern vendor management strategy ensuring strict control of the effectiveness of vendors.

From 2008 Ms. Katarzyna Majewska was associated with the PZU Group, where she was responsible for General Services, Real Estate and Procurement.

Ms. Katarzyna Majewska has a wealth of experience with building procurement strategies as well as cost optimization and change management. During her professional career she has managed multi million dollars budgets and supervised large, complex teams.

Ms. Majewska graduated from the Warsaw School of Economics. She completed the Master of Business Administration program validated by RSM Erasmus University and the Harvard Business School’s General Management Program.